This is a reposted article with permission from the author Anna Kucirkova, who contacted me about a very old link mentioning the Higgs-Boson in 2014. This is obviously much more informative.

The Higgs Boson is better-known by its colloquial name, “the God Particle,” so-called because for a generation, scientists had to take it on faith that it existed. And while the God Particle name may ring bells for many, it still isn’t nearly as well-known as the massive device used to finally prove its existence–the Large Hadron Collider.

All of this can sound like a bunch of intimidating-sounding scientific jargon surrounding a classic middle school physics lesson on the quantum field theory. Even though the Standard Theory of particle physics is relatively simple, finding the elusive missing piece required the most monumental engineering effort in human history.

Here’s a quick refresher and a crash course on the nuances of the Higgs Boson particle.

Contents hide
1 Quantum Fields
2 The Higgs Boson and Missing Matter
3 Seeing the Invisible
4 Inside the Large Hadron Collider
4.1 What’s Next?
4.2 Share this:
4.3 Like this: 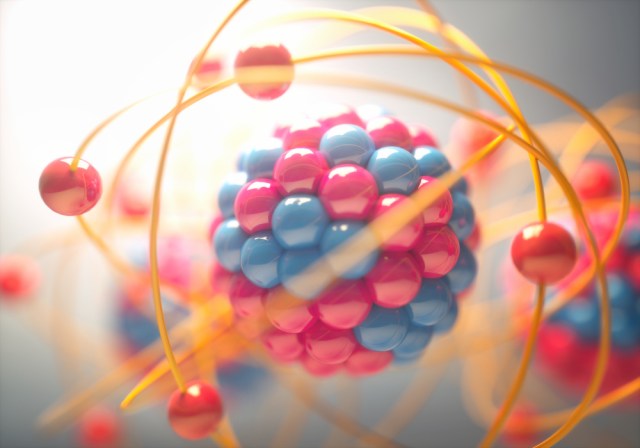 Quantum physics is the globally-accepted explanation for the makeup for atoms. It breaks them down into the families of quarks and leptons, which contain electrons, neutrons, and positrons, which then explain why different elements act the way they do. Starting to sound vaguely familiar?

This type of particle science is now commonly referred to as the Standard Theory, in large part because it is the standard for understanding everything from the periodic table to complex chemical processes like fire and metallurgy.

The science behind it is nearly airtight, so that the word “theory” is more of a nod to humility than an actual statement that we aren’t sure about it. Except for one pesky detail…

The Higgs Boson and Missing Matter 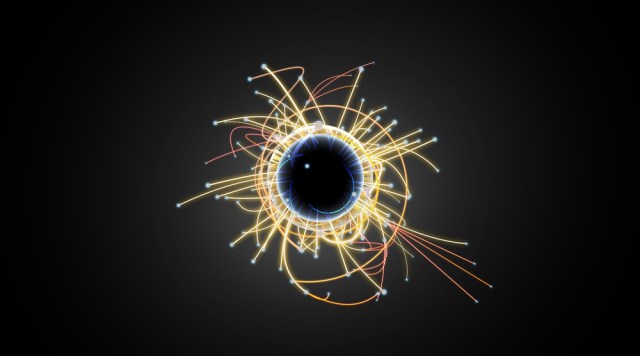 All of this quantum physics worked perfectly well on paper and proved itself time and time again in the lab and in the real world. However, it was predicated on the existence of the Higgs Field, which seemed to work in every mathematical model but could not be identified or observed in any existing manner.

The Higgs Field and its particle component, the Higgs Boson, explain why some particles that seemingly ‘should not’ have mass do, and in a larger sense, why any particles have mass at all. This is why the Higgs Boson became known as “the God Particle.” It had to exist in order for things to work the way we understand them, but there was simply no way to observe or measure it, which meant that scientists had to take its existence on faith in order for their models to work and for anything about particle science to make sense at all.

The “boson” is essentially a carrier particle, which is a daunting way to phrase the idea that nothing has mass until it passes through the Higgs Field and becomes attached to a corresponding amount of carrier particles, which then acquire mass.

So, the electrons and photons you used to see drawn on the whiteboard at school are sort of theoretical nothingness until they pass through the Higgs Field and bind with Higgs Bosons. It is a mind-blowing concept; it essentially states that universal forces like gravity and electromagnetism are actually things, not just the vague, invisible interaction of two things that we traditionally think of as tangible.

Much the same way that pilots are taught that the air is actually a fluid that their planes are carving through, understanding the Standard Theory with Higgs Bosons requires visualizing mass (and, more practically, gravity) as a sort of “living, breathing thing,” just like the planet earth and a person being held to its surface by gravity. 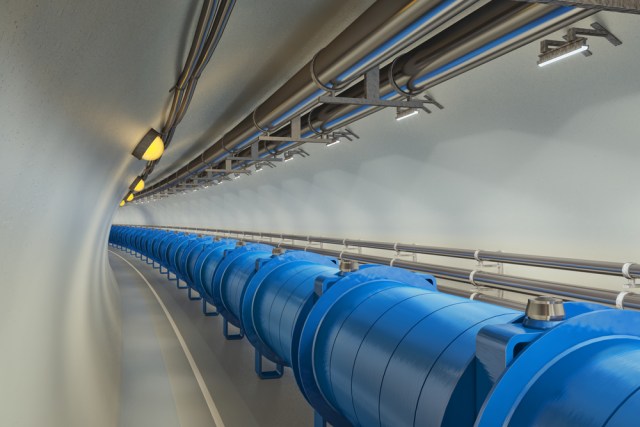 Scientists have been determined for decades to actually observe the Higgs Boson. The ideation, design, and funding for the Large Hadron Collider finally meant that theoretical science could be applied in a way that would lead to practical, ‘visible’ results.

The Large Hadron Collider (LHC) is considered the largest and most complex thing humans have ever built: it has over fifteen miles of underground tunnels and took thousands of physicists from dozens of countries over a decade to finish.

It has a staggering amount of computing power and requires massive amounts of energy to operate. All of this was done with the sole goal of smashing protons together at 99.999 percent the speed of light, billions of times per second, with the hope that the thousands of individual supercomputers observing and measuring what happens inside the tunnels might catch a glimpse of particle science’s own Mona Lisa Smile, the Higgs Boson.

Everyone is certain that itss there, but nobody has ever seen it. After firing up the LHC and smashing protons together and observing what happens, scientists became virtually certain that they had conclusively observed the so-called God Particle even though they hadn’t seen it.

Instead, they saw behaviors and “shadows” that essentially confirmed that what they have long theorized and called the Higgs Boson was acting within this violent disintegration of colliding photons.

While the discovery was considered groundbreaking news in the global science community, it still had a certain air of mystery and asterisk around it. Much like observing a miracle before your eyes without seeing God or an angel performing it, it still requires a certain amount of faith to understand and explain.

The Higgs Boson is a carrier particle that ‘exists’ as long as it is carrying massless matter, providing it with mass and direction at the atomic level. However, because the particle only exists while carrying the particles it binds to, it is intrinsically impossible to “see” in any traditional (or even scientific!) sense of the term.

Thus, smashing protons together and observing their disintegration only provides us with faint traces of individual particles being broken into something even smaller, for which we don’t have names at all.

Inside the Large Hadron Collider 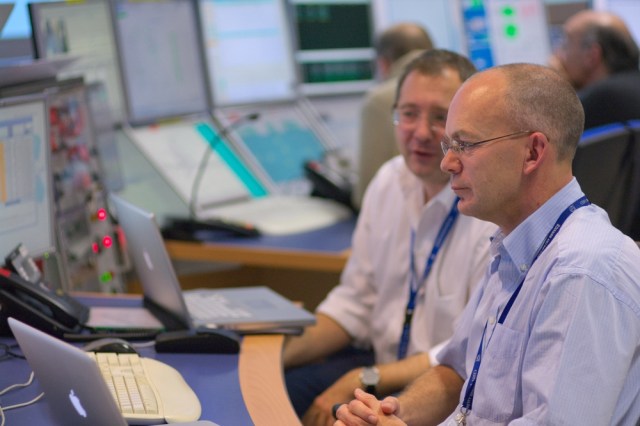 The giant underground machine with miles of tunnels and thousands of computers is hugely intimidating. Many scientists theorized that truly creating a Higgs Boson under these conditions could instantly end the universe, because the Higgs Field is universal and in constant perfect balance as it is.

Creating something observable, they theorized, would mean creating higher-energy particles that would then begin consuming everything around them (read: everything in the universe), thus creating an instantaneous and all-enveloping hydrogen reaction.

Thankfully, that did not happen, but the actions inside of  the LHC are nevertheless mind-boggling in scope and power. The process of colliding the protons requires overwhelming amounts of space and energy to enact something that ultimately can be explained as roughly the same energy as you snapping your fingers, but occurring in an infinitesimally small space.

This concentration of energy is what allows scientists to create completely unnatural particle interactions in a controlled environment. It is difficult to fully comprehend the scope or power of these particle interactions, but they promise to teach us much more about our universe and many other sci-fi sounding theories.

It has been a few years since scientists fired up the LHC and began observing evidence of the Higgs Boson. In fact, after running successful experiments, the LHC was shut down for two years to upgrade and maintain its power systems and replace many of its original computers with newer, more advanced versions.

Its effective “colliding power” has been nearly doubled, and scientists note that as it continues to operate well, that power may increase again in the future. These ever-faster, ever-more-powerful experiments will reveal things about dark matter, the potential existence of black holes, and other brain-bending theories about our universe’s complex nature.

And they may even provide scientists a direct and fully observable glimpse of that long-elusive God Particle.