It isn’t often that I get a truly unique and exciting piece of band merch. I admit this one is everything I love in one perfect package: 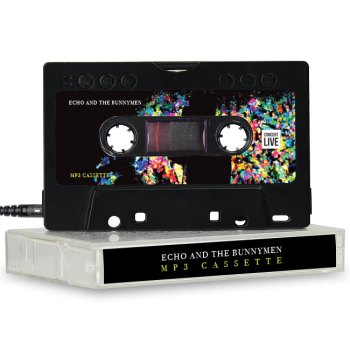 Get your hands on this limited edition Echo and the Bunnymen MP3 player! Only 25 will be made!

These 2gb MP3 players come with their own set of headphones and are ready made for you to add your own tracks to.

If that wasn’t enough, the albums are also pre-loaded with Echo and The Bunnymen Live in London, recorded at Shepherds Bush Empire on 08.06.2014.

Limited to just 25. Order yours now to avoid missing out!

If it really was limited to 25, it would be gone by now – so I’m not sure how true that part is. Still, it’s a really cool item that I will cherish forever! Incidentally, I had originally planned to see them in London when I was there in May of that year. However, the gig was canceled due to some mysterious loss of Ian McCulloch’s voice. At least, I have this memento in its place!